Bosses are unique, powerful creatures fought in the House of the Dead series and related games. Typically found at the end of levels, they can only be damaged by one or several weak points, which may or may not be shown to the player. Bosses vary in size, species, and abilities.

In all five mainline House of the Dead games, bosses are named after tarot cards from the Major Arcana. With the exception of House of the Dead: Scarlet Dawn, they are also identified with a type number, which is composed of numbers, letters, Greek alphabets, or a combination of the three.

In the original game, all bosses were created by geneticist Dr. Roy Curien. They were the macabre results of his obsessive research to cure his terminally-ill son, Daniel, and were unleashed upon fellow researchers out of insanity. Two of his creations - the Magician and the Wheel of Fate - were to control the forces of life and death; the former remained in incubation until AMS agents Thomas Rogan and "G" confronted Curien in his laboratory.

In the sequel, all bosses are derived from Curien's research; his financier, Caleb Goldman, utilized it to create an outbreak in Venice, Italy on February 26, 2000. The creatures took over Venice's streets, canals, sewers, and Roman Coliseum. The resurrected Magician guarded Goldman's headquarters while his main creation, the Emperor, remained in development.

The Emperor (Type α)
Add a photo to this gallery

All bosses are encountered in various parts of the EFI Research Facility: Death guards the Information Systems Department; Sun resides in the BIO Lab; Fool lives in the DBR Institute. The Wheel of Fate, the final boss, is Curien resurrected after nineteen years of development.

All bosses are part of Goldman's posthumous plan in 2003 to revert humanity to its "natural state." They are encountered either among Venice's ruins, underground sewers and subway, or Goldman's headquarters. His final creation, The World, had been in incubation beneath the courtyard of the building. Special has two bosses: Justice returning from 4, and the Magician, which has been revived again.

All bosses were created by Thornheart, an associate of Curien and Goldman and descendant of the DBR Corporation's founders. As part of his "Noah's Ark" project to decimate humanity, he unleashed the creatures upon Scarecrow Mansion on December 6, 2006. Chariot and Hangedman, originally created by Curien, were resurrected and modified.

The Moon (Type unknown)
Add a photo to this gallery 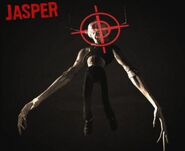 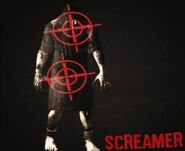 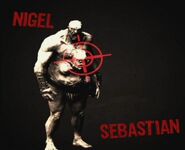 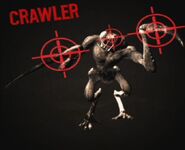 Coco and Sindy (Extended Cut only)

Meat Katie (Extended Cut only)
Add a photo to this gallery

All mutated bosses were used by the United States government for military purposes. This project, UDS (Undead Soldier), was used by a man named ZED to kill and reanimate humans to avenge his parents, who were test subjects for UDS. ZED himself is the penultimate boss, before unleashing the UDS in his body: the "God of Destruction", which is the true final boss of Zombie Revenge. 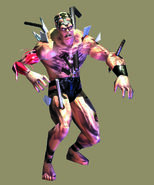 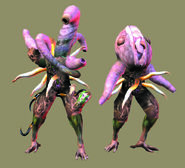 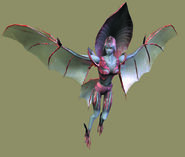 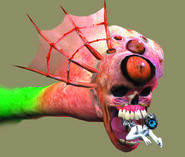 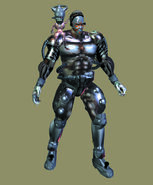 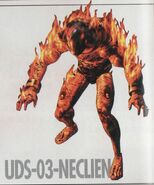 Black Magician Type 01
Add a photo to this gallery

Retrieved from "https://thehouseofthedead.fandom.com/wiki/Bosses?oldid=15769"
Community content is available under CC-BY-SA unless otherwise noted.