The Wiki of the Dead
Register
Don't have an account?
Sign In
Advertisement
in: Pages needing cleanup, Bosses, The House of the Dead: Overkill - Extended Cut bosses, Female bosses

The House of the Dead: Overkill Extended Cut

Coco and Sindy are a duo of prostitutes that worked in the same club as Varla Guns and Candi Stryper. They ended up being horribly mutated and are fought as bosses in the The House of the Dead: Overkill Extended Cut. Sindy is also a boss in the mobile game The House of the Dead Overkill: The Lost Reels, with Coco being only mentioned in dialogue.

It is unknown how they are both mutated, though one likely cause is the knee-deep level of radioactive toxic waste that fills the room. Somehow, they share similarities to Judgment from The House of the Dead 2, Lovers from The House of the Dead 4 and Nigel and Sebastian from Overkill, having a bonding relationship. It is unclear how Coco and Sindy became like these mutants. Coco has become an ugly creature but nimble with fast-moving prowess that allow her to dodge bullets. Sindy has turned into a large bloated mass of rotten flesh that remains sedentary.

Coco and Sindy are first seen in the comic book, Prelude to an Overkill, where they are still attractive strippers. Coco and Sindy wait for detective Isaac Washington, where they have some fun. The two strippers are encountered by Candi Stryper and Varla Guns during their battle through the strip bar. Coco and Sindy left for the biker bar on Varla's bike, so she went there to get it back.

When the girls found Coco and Sindy in the basement, they are surprised by what they've become. Coco is now a small, slim, ugly creature, while Sindy is a giant, obese pile of flesh. Candi notices that Varla's bike keys are tied to a belly "ring" on Sindy, so they must kill the duo before Varla can reclaim her ride. After shooting Coco into Sindy's face, Sindy falls over dead, crushing Coco to death underneath. Varla remarks to the duo one last time, taunting them by saying "you bitches never could dance", and reluctantly rips the keys from Sindy's stomach before leaving with Candi, who ponders how the two strippers got like that. 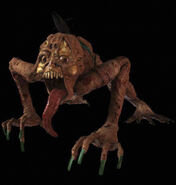 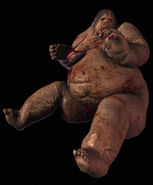