Welcome to my estate. I trust you'll find your stay here a pleasant one. I'm afraid I won't be able to come greet you personally, but I've sent some of my creations to make you feel right at home.

Originally built in the Middle Ages, the mansion housed a research facility for human genome experiments conducted by the DBR Corporation. In 1998, the property was linked to disappearances and an incident during which Curien, driven homicidal by his research, released hostile biologically-engineered creatures in the mansion.

The Curien Mansion also appears in the non-canonical spin-off Zombie Revenge, serving as the base of operations for ZED, a bioterrorist.

The mansion was built in medieval times; Curien, who lived there with his son Daniel, hailed from a noble family.[1] Daniel fell terminally ill, with Curien desperate to save his life.[2] With financial backing from Caleb Goldman and the DBR Corporation, Curien built and used a high-tech research facility within the mansion.[3]

Curien's experiments were to "...remove the barrier between life and death," thus curing Daniel.[4] However, Curien's obsession and abandonment by his researchers drove him mad.[5][6] On December 18th, 1998, he unleashed his experiments upon his staff in an attempt to destroy mankind; AMS agents Thomas Rogan and G neutralized the threat. Curien himself was killed by his "masterpiece", Magician, who in turn the agents destroyed.[7]

Sometime after, Goldman visited the mansion and took Curien's research to further his own plans.[8]

Texture of mansion route map, as seen upon game over in The House of the Dead.

Sprite of the Curien Mansion from the mobile game The House of the Dead: Nightmare. 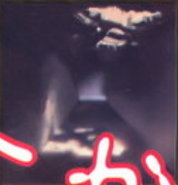 Far shot of the Curien Mansion.

Curien's crest, as seen on top of the final chapter's balcony.

The Curien Mansion, as seen in The House of the Dead 2's console-exclusive opening cutscene.

A hallway leading to the room where Sophie Richards is.

A hallway accessible via a trapdoor.

A walkway with an elevator.

Decorative plates, a trophy deer head, and a mirror within a bedroom.

A fish tank and bookcase within a bedroom.

A greenhouse-like room where Rogan and G encounter Dr. Curien.

The Curien Mansion in The House of the Dead Mobile.

The Curien Mansion appearing in Sonic and Sega All-Stars Racing.

The mansion in Project X Zone.

The Curien Mansion from The House of the Dead 1 & 2 Music Collection.