Emperor's metallic orb projectiles can transform into many forms, including other bosses. Its weak point is its spinning red heart-like organ.

Emperor is a levitating, horned transparent humanoid. It is surrounded by orbs, which revolve at high speed to block attacks. The orbs are launched as projectiles, and can morph into two forms: a lance-like blade on Emperor's right arm; or clones of prior bosses (Zeal from Judgment, the Hierophant, the blue serpent from the Tower, and Strength).

After Dr. Curien's death in the 1998 Curien Mansion Incident, his research was taken by his financier Caleb Goldman. Goldman produced a new line of biologically-engineered creatures to decimate humanity, whose actions he believed threatened nature. With his new plan, Emperor would be the new "ruler" of the Earth.

Emperor is an aerial boss surrounded by rapidly-spinning orbs, which perform three functions: protecting Emperor's weak point (the orb in its chest); flying at the player as projectiles; and morphing into previously defeated bosses. When using its orbs, however, Emperor is susceptible to damage as it is no longer being protected by them. A good player can successfully Emperor's attacks and take advantage of chances to shoot his weak point whenever it is exposed. Most of the creature's attacks are random, making the fight unpredictable.

The Pinball of the Dead Edit

The House of the Dead 2 Edit 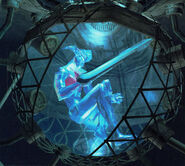 Emperor's official artwork for the Dreamcast release of The House of the Dead 2.
Add a photo to this gallery 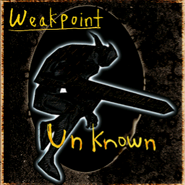 The Emperor alongside all other bosses in Boss Mode. 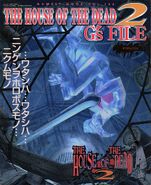 Emperor appearing on the cover of a Japanese game guide for The House of the Dead 2.
Add a photo to this gallery 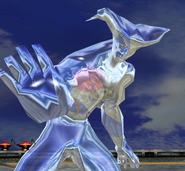 The House of the Dead III Edit

Emperor as seen in The House of the Dead III's opening sequence.
Add a photo to this gallery

The Pinball of the Dead Edit

Emperor in The Pinball of the Dead.
Add a photo to this gallery
Retrieved from "https://thehouseofthedead.fandom.com/wiki/Emperor?oldid=25778"
Community content is available under CC-BY-SA unless otherwise noted.