The following is a comprehensive list of all creatures in The House of the Dead III. Serving as the main enemies, these creatures were the result of human genome experiments within the EFI Research Facility, as well as some returning from past installments. After the collapse of civilization in 2019, AMS agents investigated the facility and battled the creatures within.

All English and Japanese creature names have been obtained from The House of the Dead III Perfect Guide.

Pages 1 and 2 of enemy list in The House of the Dead III Perfect Guide.

Page 5 and 6.
Add a photo to this gallery 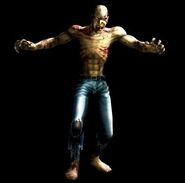 Mark II in a another pose. 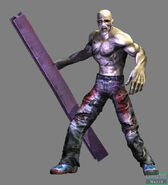 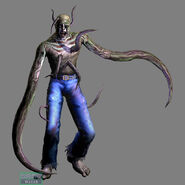 Lisa Rogan and G encountering a pair of Barry creatures. Found in the Famitsu The House of the Dead III Perfect Guide. 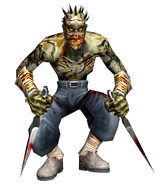 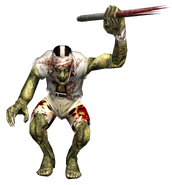 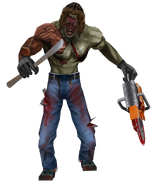 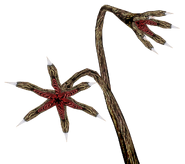 Sunsun's model.
Add a photo to this gallery 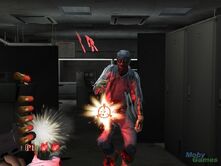 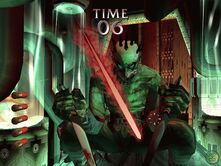 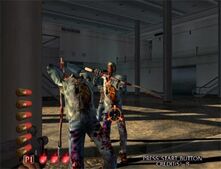 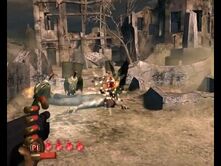 Three Morkins feasting on a corpse 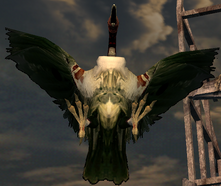 A lone Morkin swooping down upon the player. 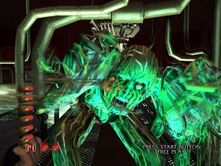 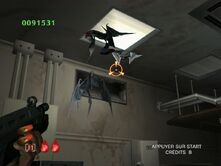 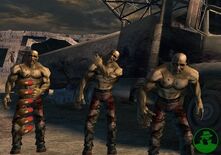 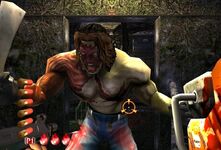 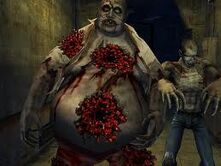 Charles (left) and Mark I (right). 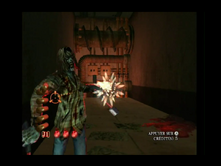 Add a photo to this gallery
Retrieved from "https://thehouseofthedead.fandom.com/wiki/List_of_creatures_in_The_House_of_the_Dead_III?oldid=27824"
Community content is available under CC-BY-SA unless otherwise noted.