The Wiki of the Dead
Register
Don't have an account?
Sign In
Advertisement
in: Article stubs, Pages needing cleanup, Pages needing references,
and 2 more

For the slot machine, see The House of the Dead EX.

The game deviates from the mainline House of the Dead series by consisting of minigames with boss battles in between. The minigames are played with a light gun in addition to foot pedals on the arcade cabinet.

EX runs on the Sega Lindbergh, the same arcade board which runs The House of the Dead 4. The game was slated for release in December 2008, but was delayed, and released later in 2009. The game has never received releases outside of Japan; however, the English language version on the BIOS of the ROM can be selected, in addition to the original Japanese language.

Each stage consists of minigames which utilize the cabinet's light guns (e.g. shooting apples) and foot pedals (e.g. stomping spiders). Players go through the stages by choosing between two or three pairs of minigames before fighting a boss at the end. The goal of each minigame is to fulfill a quota within the time limit. Failure to do so costs a life.

Within his home, Dr. Curien successfully creates a female creature, Zobiko, but she would not obey the doctor. Enraged, Dr. Curien had her imprisoned, guarding her is a lone guardsman, Zobio. During their time together, the two fell in love and finally decided to escape from Dr. Curien. They made their way into the city ruins, but are relentlessly pursued by hordes of creatures. The pair tried to evade the horde by escaping through the sewers, but are pursued by one of Dr. Curien's creations, Justice who suffering from toothache. Zobio and Zobiko manage to calm the behemoth by healing his teeth, allowing them safe passage. Infuriated, Dr. Curien dispatches another one of his creations, the masked man, The Star. The horde manages to catch up to Zobio and Zobiko, who were fortunate enough to find an abandoned theatre where they disguised themselves in costumes, fooling the horde. Shortly after, they are confronted by The Star, but are able to beat him. The Star confesses his love for Zobiko, but the two ignores him and continue on their journey. The pair arrive at the subway station where they restore power to the train, planning on using it to reach the countryside. The Star chases after them, hoping to get Zobiko's affection, but is knocked away by their new pursuer, The Empress. The two manage to outrun her and safely board the moving train. Zobio and Zobiko's troubles are not over as Dr. Curien dispatches his final creation, The World. The creature horde also finally catches up to them and surrounds the train. The Star appears once again to only save Zobiko, but she rejects his offer. Not long after, The World appears before them. After defeating their powerful foe, The World sets off it's own self-destruct sequence. Unable to escape in time, Zobio and Zobiko embrace each other as they are engulfed in the explosion, destroying everything nearby. The Star returns to Dr. Curien to report on Zobio and Zobiko's apparent demise. The doctor laments this news, as its revealed that Zobiko was modeled after the doctor's late wife, Zobiette. Unbeknownst to him, both Zobio and Zobiko had in fact survived, thanks to The Star saving them in the nick of time. Realizing the two were truly happy together, The Star lets them go, leaving Zobio and Zobiko with their newfound freedom.

The game debuted in 2008 at the Sega Private Show, an annual press-only event held in Tokyo, Japan.[1]

Promotional flyer for the Japanese release of the game. 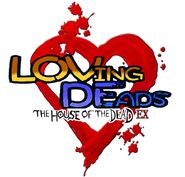