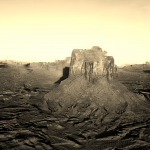 I was born in Venice, Italy during the zombie outbreak there in 2000. I don't remember any of it except being saved by strange secret agent-like men from a wierd zombie holding a axe. When I was 3, I moved to Russia with my Half-Irish and Half-Russia mother named Victoria. I don't remember anything until I was 5, when a worldwide zombie outbreak turned the world into a pile of ruined countries being dominated by anarchy and zombies.

P.S Just don't make it a hate message, I get at least 5 comments o' hate everyday in real life.

Retrieved from "https://thehouseofthedead.fandom.com/wiki/User:Nabe_Gewell?oldid=7965"
Community content is available under CC-BY-SA unless otherwise noted.